It was also the first time out for our new marquee which is a lot bigger than our other marquee and is now home to the Produce tent!

Thank you to Everybody that came along and supported us either with a vehicle, engine, trade stand or as a spectator
Also to Llanvihangel Crucorney Ladybirds PTA for the refreshments
The bar which was supplied by Cupids Marquees & Bars
Simon Turgis and the amazing Vintage Tractor Pulling
Debbie Williams who runs the Dog Show
The Horse Show which was run by Crickhowell & District Pony Club
"Paws for Thought" for the Dog Display team which were so good

The Club enjoyed their Summer Run today, although it wasn't very warm! The run started from Rhydymain Farm at Usk by kind permission of Frances Evans and along with her daughter Jenny and their friends they kept us supplied with tea and biscuits which was very welcome.
We were taken around countryside a lot of Us have never seen and we had a very good Fish & Chips lunch. There were over 20 tractors and a few 4 x 4' s
Well done to Will and Stacey Charles for organising a very enjoyable day

The 2018 Spring tractor Run, starting from Willson & Wilding of Pontypool. Travelling 29 miles around Pontypool, Cwmbran Coed-y-paen & Llandegveth. Organised by Roger Light, it was an excellent run, lovely weather, good food and very enjoyable company! The lunch-stop was at Morris's of Usk Garden centre

At the The Club's AGM on 11th January 2018, it was well attended by members, and we enjoyed sausage and chips too
At the start the Club's Chairman, Mr Rodney Powell, presented a cheque for £2,940 to Mike Jones and Mark Ashton who collected it on behalf of Longtown Mountain Rescue team, which was our chosen Charity for 2017
Next years charity will be announced soon!
This money was raised throughout 2017 from Tractor runs, the Vintage rally in June and various other activities during the year 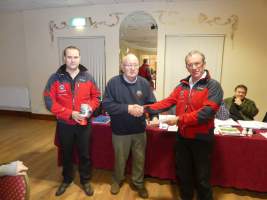 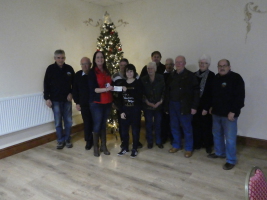 The Club were very pleased to be able to give a donation cheque for £533 to Mary Sheldon who collected it on behalf of the Midlands Air Ambulance Charity. The money was raised at the Fundraising event on September 23rd 2017 held The Hogs Head, featuring The New Jersey Boys and organised by Roger Light 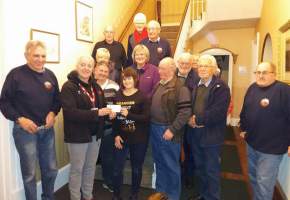 On 23rd October  2016 the Club had their Autumn Road Run. It was organised by Club member Peter Williams, starting from Ross-on-Wye. We had a lunch stop at the New Inn at Fownhope and were given a very enjoyable Sunday Lunch. It was a lovely day out, a bit cold, but dry! 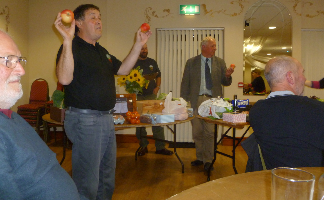 Thank you to Everybody that came to the Rally & Show and supported Us today!

Although it rained in the afternoon it was a fun day out and all the money raised was for our Charity this year, The North Gwent Cardiac Rehabilitation Aftercare Charity.

Starting from the Rally field we made our way into Abergavenny and then up to Blaenavon via Llanfoist. The lunch-stop was at The Whistle then we came back home along Gilwern Mountain, which gave us good views of the Heads of the Valley roadworks! The weather wasn't brilliant but we didn't get wet until we were coming back through Abergavenny!

All meetings will now be held at